What Is Queer Theory?

In this presentation,  I would like to explore some key concepts of queer theory and its practical application on sex, gender and identity.

Allow me to start by proposing a scenario.  Is everyone  familiar with the Gender Reveal?

It’s a modern take on a baby shower. 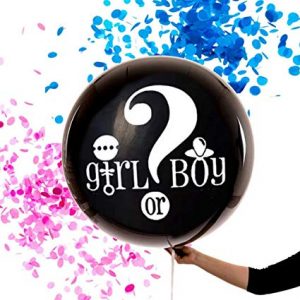 As trivial or mundane as this instance might seem, it has the potential to dictate or influence the baby’s performative identity or role in society.

There are more assumptions to be made.

With the blue color comes the toy guns,  trucks and soccer or basketballs.

We ask ourselves:  What are the effects of the socialization of gendered toys on babies from such a young age?

From this perspective , a gender role can be seen as  set of attributes that are assigned to a person based on their sex. We assign the color ‘pink’ to ‘girls’ just like we assign the gender ‘woman’ to ‘females’.  A woman is almost persuaded to embody this nurturing and affectionate role while rationality and assertiveness are reserved for the masculine gender role.

This is where queer theory comes in to radically critique this binary vision of sex and gender.

There are varying theories and varying definitions within queer theory. In fact, the word queer itself has multiple different meaning. Nikki Sullivan describes queer theory as ‘a discipline that refuses to be disciplined’. I believe that is because queer theory refuses overgeneralizations and categorization.

Before our current understanding of the word queer, the word was used as a derogatory term for abuse and insult. It meant “deviating from the norm’ or something that is not normal. In our climate of heteronormative patriarchy, that means homosexual relations, effeminate or gay men and transgender people among others.

But around the 1980s, the LGBT communities began to reclaim the word queer by using it as a positive or neutral word. Queer activists have since the expanded on the definition to include members outside the mainstream that is LGBTQQIA. (Lesbian, Gay, Bisexual, Transgender, Queer, Questioning, Intersex, Asexual)

They also raised a very crucial point. “Being equal does not mean being equally good”. They critiqued some demands in the Gay Rights movement which advocated for marriage, consumer culture and serving in the military. By succumbing to those institutions of marriage, consumerism and wars under capitalism, we would be reproducing the very same power dynamics and relations that generated this oppression to begin with it.

Queer activists also refuse assimilationism strategies  that is aimed to show how normal the LGBTQ community is . We don’t want to fit in heteronormativity. We want to challenge it.

Queer theory is about breaking down binaries, what we are versus what we aren’t. Let’s examine how queer theory applies this notion on sex and identity.

The previous and dominant position on sex was that there was a right and wrong way to do it. Normal versus abnormal. Moral versus immoral. It assumed that a person’s sexual identity is fixed from birth and stays the same throughout life, and  that sexuality was binary (straight and gay) and the attraction was binary as well (men and women).

Of course, this kind of thinking enabled the marginalization and criminalization of homosexuality and sex acts that deviated from the supposed norm. More than that, homosexuality was (in some cases still is) seen as a sickness which needs curing.

Queer theory takes a drastic turn to question the very notion of identity. It proposes that gender is not binary but exists on a continuum, and sexuality is fluid rather than fixed. By that we mean that  different people might experience different preferences throughout their lives.

There are many thinkers who paved the way for our current approach in queer theory:   Jean-Paul Sartre, William Simon, Simone de Beauvoir, Audre Lorde and Albert Camus to name a few. The most prominent theorists who are frequently referenced in queer theory today are Judith Butler and Michel Foucault.

I’m going to go through a brief timeline of theories reaching up to today’s conception of queer theory.

At first were the existentialists who poked holes in biological and social essentialism. Sartre critiqued fixed and fundamentalist identities by suggesting that we are in a constant process of self-creation. While Simone de Beauvoir infamously proposed that ““One is not born a woman. One becomes, a woman”.  She  points out  social pressures and social roles that construct   a person’s identity which in turn limit the  freedom to experience things.

After existentialism, we gained insight from biologist Alfred Kinsey who put forth the notion of sexual identity  as a spectrum and not on an either/or binary. Around the same time, psychologist Sandra Bem argued that forcing ourselves into a gender role or a limited understanding of what it traditionally means to be a man or woman is not psychologically healthy.  Indeed, a  2014 study on the construction of masculinity and public health found that boys who adhere to strict gender roles are more prone to experience emotional distress.

A great influence on queer theory today are the ideas of  Black feminists like Audre Lorde who identified gender and race as key components that intersect in oppression. Certainly a middle-class white woman has experiences that are different from a working-class Black woman. This standpoint challenges identity-politics and redirects it to political and economic analysis.

Post-Structuralism and its rejection of an absolute truth advanced queer theory in academic fields. Is there a right or wrong way to be? Can multiple and contradictory truths exist at once? Post-structuralists would analyze content film, media and texts to uncover a system of binary and power relations in them.

This leads us to Foucault’s contribution which allows us to connect systems of power and capitalism with queer theory. Our social, political and economic systems push us towards conformity in terms of gender, sexuality and identity. So much so that Foucault’s says we have internalized these ‘Standards of Normal’.   We have grown to police ourselves out of fear of being ridiculed or excluded.

This is later linked to consumer capitalism which advocates  material consumption as a way to fix things or fill in the void. This neoliberal take frames large social problems as individual responsibility rather than problems rooted  in the  social structure.   For example,  we have been ‘conned into fighting climate change as individuals  instead of tackling the capitalist system and its goal of expanding profit infinitely.

Foucault talks about a shift in power from sovereign power of pre-industries to biopower where economic success rested on the productivity of the workforce. Under this self-monitoring power shift, the body including sex, race, gender, sexuality, rest at the center  of power relations. The body, be it male or female, becomes the means of productivity and purchasing.

Judith Butler heavily drew from Foucault’s contribution to put forth her own views.  Like  Black feminists.  She argued that being a woman is not the defining feature of identity for those who also suffer other oppressions. Butler’s most notable work was  on the performativity of gender. She says gender is something we do as opposed to who we are.

To summarize the key concepts:

2- It challenges what we have grown to accept as the dominant norm such as hetronormative culture.

3- It examines the fluidity of sexual or gender identities which might be constructed or performed.